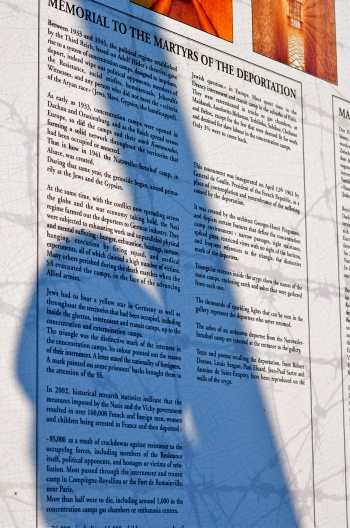 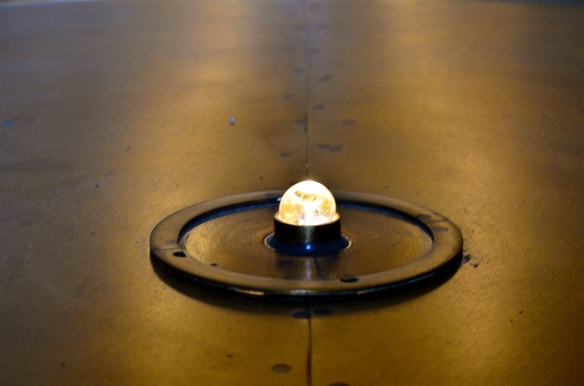 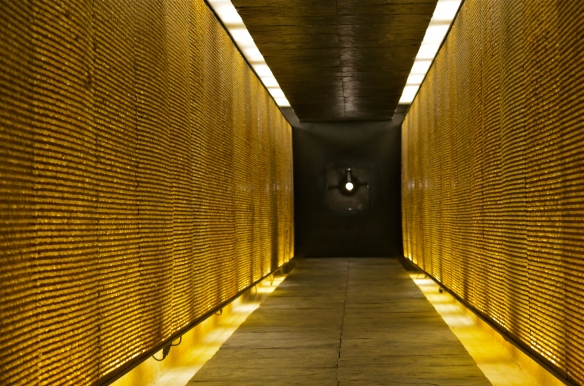 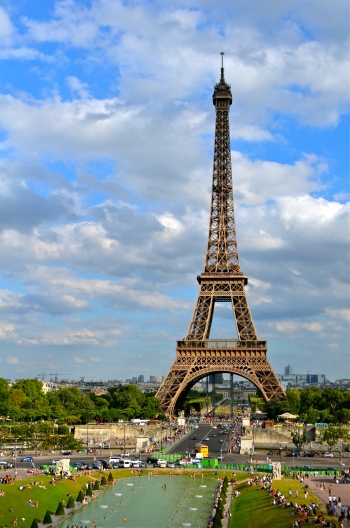 I try to report on culture and lesser known tourist spots, but some of the big ones are impossible to avoid.  It’s a bit of a cliché, but I would be remiss if I did not include a post on the Eiffel Tower in my Paris posts.  It’s one of the world’s most famous structures; it’s become iconic, a symbol of Paris.  Today, Paris’s skyline is unimaginable without its iron lattice structure and spire.

The Eiffel Tower (Tour Eiffel) is 1000 feet (320 meters) high and was the tallest man-made structure in the world for 40 years.  Named after Alexandre Gustave Eiffel who (along with a team of engineers) designed it.  Built for the 1889 Worlds Fair (which coincidentally was the 100th anniversary of the French Revolution), it was intended to be a temporary structure.  It was so popular (ahem, profitable) that it remained even after the fair.  Elevator ticket sales in recouped almost the entire cost of the structure in just one year. Its popularity was not a given.

Ironically, pre-construction, critics called Eiffel’s design an eyesore and predicted cost overruns.  What’s more, Eiffel completed the project on time and it quickly became a tourist attraction.  Gustave got the last laugh, he received the Legion of Honor, the highest decoration in France for creating what became a national symbol of France.

The Eiffel Tower is repainted every seven years with 50 tons of the dark brown paint.  It’s made from 18,000 pieces of iron that create an elegant art nouveau webbed-metal design.   Eiffel recognized the impact wind forces on tall structures. As a result, he made the surface variation minimal with an open lattice of light trusses through which the wind can blow.  That’s why you don’t see any ornamentation on the building.

It’s not just a sculpture, you can visit the tower’s interior (be ready for crowds and a wait, prebooking tickets may help).    You can get onto the three platforms by elevators and stairs.  From the top one, there are views of up to 37 miles (60 km). Since there’s wheelchair access to only the 1st and 2nd levels, we didn’t go up.  If I’d planned better, we would have gotten a reservation at the second level Le Jules Verne restaurant and snuck up with him to the higher Bar à Champagne.