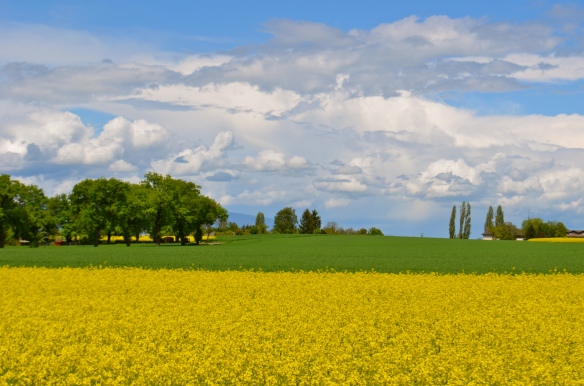 When Magglio was here, he was intrigued by huge yellow fields of flowering plants that, from a distance, looked like Canola.  We asked the proprietor of a cafe what they were.  He told us that they had two names.  In France, they are known as “pissenlit,” which translates to “pissing the bed” (and is also another term for dandelion).   In Switzerland, they are known as “dents de lion,”  which translates to “lion’s teeth.”  He showed us a salad of  the greens.  Apparently you can only eat the plant’s greens before they flower.   After they flower, they become too bitter. 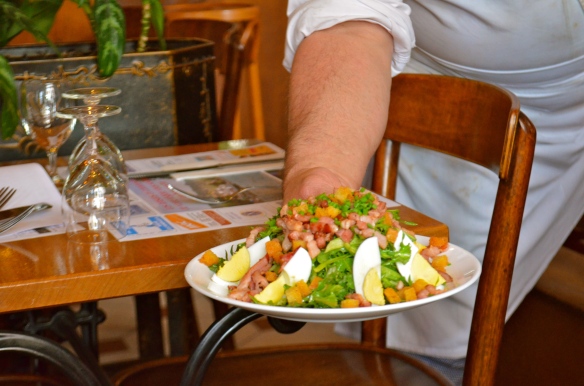 We stopped at a field to investigate.  It was beautiful.  Knowing the name, we bought some at the market the next day and made our own.  Tasty. 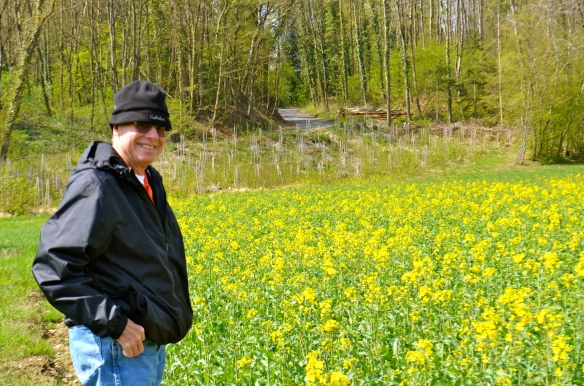 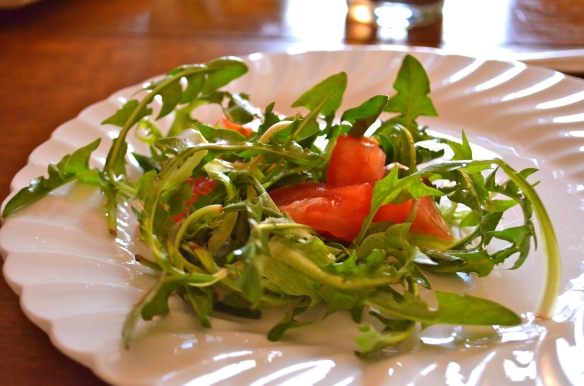 The plants had just begun to flower and continued to do so.   I couldn’t understand why the fields would be filled with them if they weren’t for some other purpose.  They grew quickly.  On our hike last weekend, two weeks after Magglio’s visit, they were taller than me (not that it’s hard). 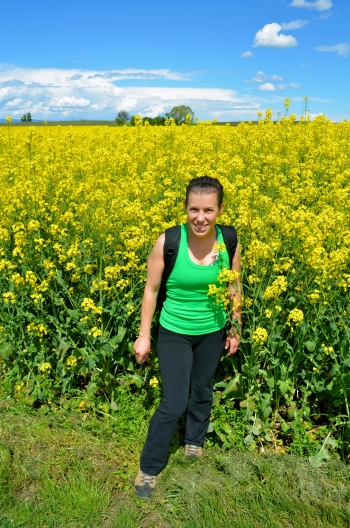 Curious, I did a bit of research and determined that they are Colza (Brassica rapa), a type of rapeseed.  I’d never heard of it before.  Looking up translations, it translates to…Colza.  So much for that. 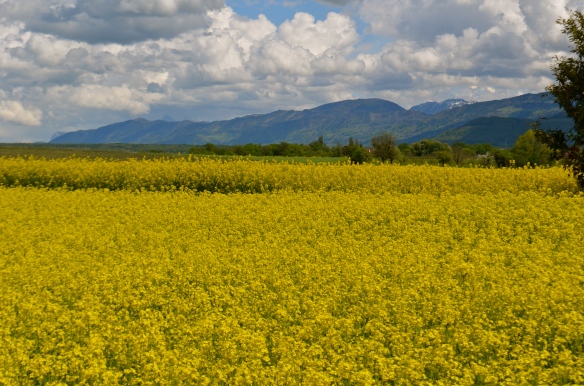 Apparently, Colza oil is big in Europe.  They extract the oil for both industrial applications and food.  Historically, it was used to light streetlights before electric lighting, to light lighthouses, and in lamps in the place of whale oil.  It is also used to calm choppy seas and even as biodiesel.  They use the cake after the extraction as feed for pigs.  Us?  We just like the flowering fields. 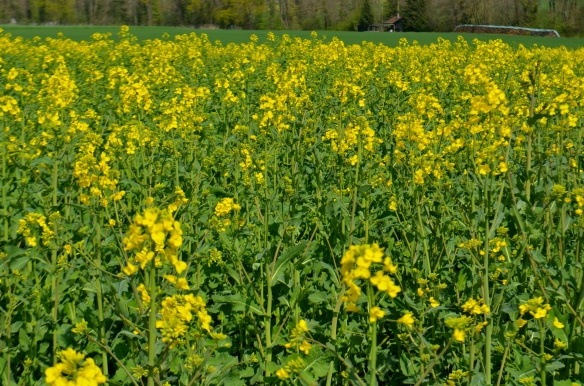