Before the cyclists, the tour caravan sweeps through, showering fans with loads of virtually useless promotional materials.  For the unfamiliar, sponsor vehicles are a significant part of the spectacle that is the Tour de France.  Like Rose Bowl Parade or the Macy’s Thanksgiving Day Parade, the floats astonish. 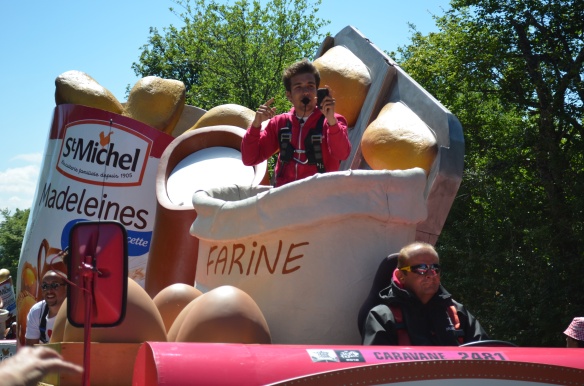 While the downside is garish commercialism on steroids.  The upside is it is that  entertaining while you wait for the riders and you get tons of free stuff.  The booty we brought home covered the dining room table! 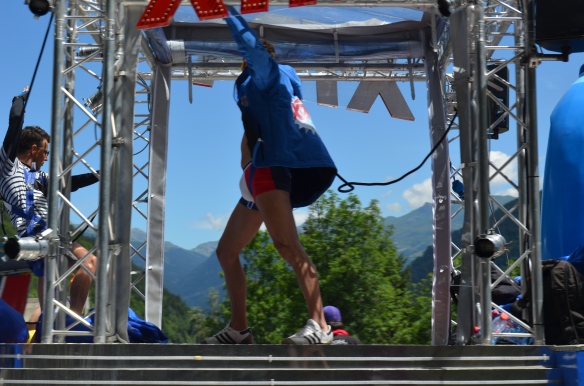 We had to giggle at the brashness and sheer outrageousness of some of the floats.  Our top floats included: 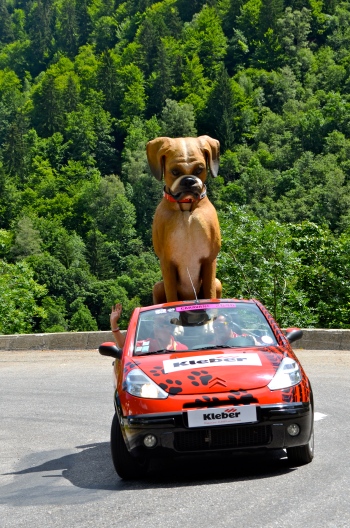 I have a soft spot for anything dog related, but most people loved the giant puppy float (I’m keeping the key chain they threw us with the dog on it). 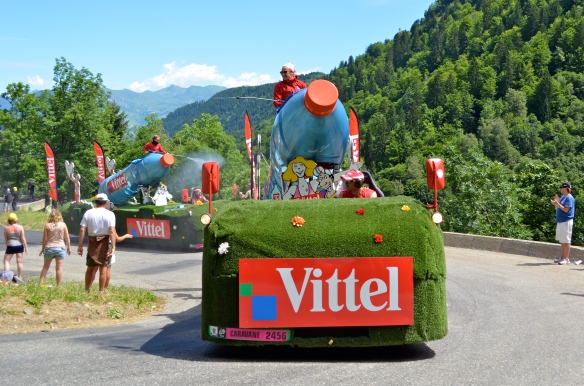 The Vittel float sprayed the crowds with water.  It was more of a cooling mist than a waterfall, but I still put my camera away when they got close.

Everyone loved the giant rubber duckie.   Forget the Viper I eyed at the Geneva Auto Show, I kind of want the duckie for my next car.  It looks like it would be a pain to park though. 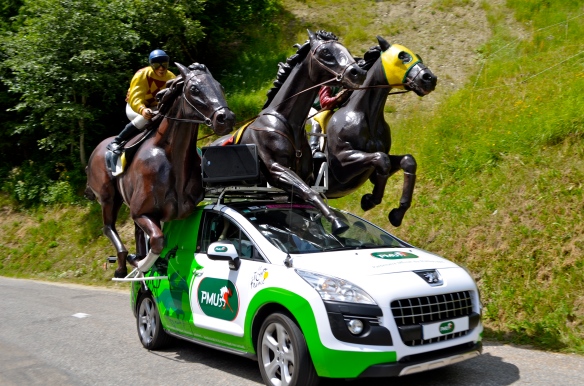 I’m not a gambler, but the PMU horses were pretty cool. 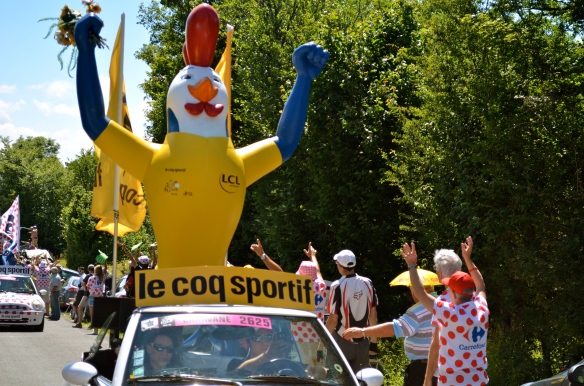 Le Coq Sportif.  How can you not smile at a giant chicken?  If only they had tossed rubber ones instead of keychains…

Some of the floats were aimed at kids.  I’m guessing the cyclists are eating something more nutritious than loads of gummy bears. 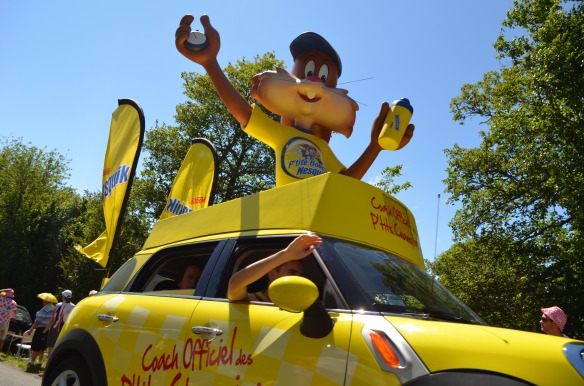 To be one of the women (or few men) who toss the loot, you must be attractive, willing to spend a month throwing things out on a vehicle, good at dancing while harnessed into a vehicle (see above), and able to withstand blaring techno music 8 hours a day for three straight weeks.  They looked like they were having a pretty good time and there are worse things than spending a summer tooling  around France.

The vehicles are as large as the small mountain roads permit.  With spectators jumping into the roads, blaring music, bags of gummy bears flying through the air, steep roads and dangerous curves, the drivers must be amazing.  I get a bit nervous driving these roads without having to worry about crowds of people and the ridiculous amount of chaos.

A tow truck accompanies each part of the caravan, ready to immediately remove any breakdown from the road.   We also noticed that they were accompanied by an ambulance, just in case a vehicle hits a spectator (which actually happened on day two of this year’s Tour).