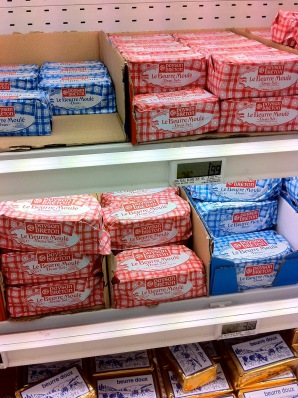 I went grocery shopping in France.  It was a little bit different than in Switzerland.  The store was larger than I have become used to.  I confess, I was a bit overwhelmed.  I have gotten to know the Swiss grocery stores, but there were so many crazy French foods that I was overwhelmed trying to make sense of them all.  When I saw the butter… well, I froze. 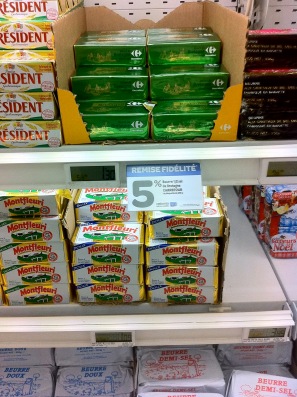 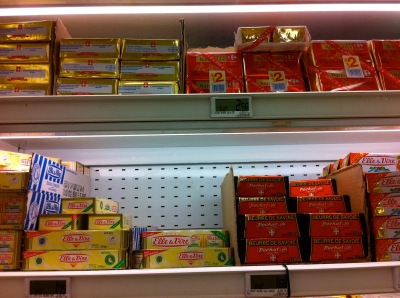 I counted over 100 different types!  In actuality, I stopped counting at a hundred with more to go (including margarines). 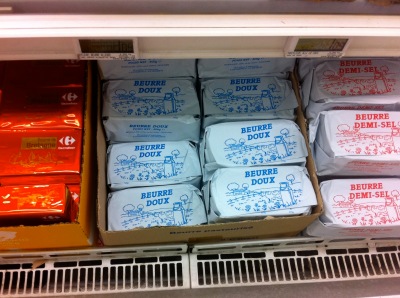 When faced with the seemingly insurmountable task of choosing the correct type of butter, I immediately started laughing at myself and whipped out my phone to surreptitiously take pictures for you. There were so many different types.  Each of the 27 regions of France must have had several of their own. Butter was salted, half salted, soft and types I can’t even remember. 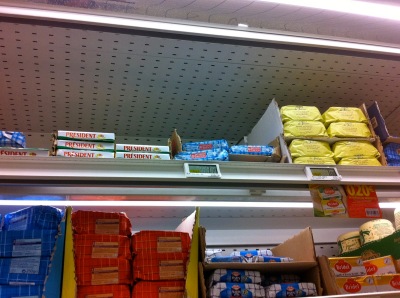 I ended up just picking one and hoping that our inexperience palates wouldn’t pick out the nuances of the my poor butter choice. 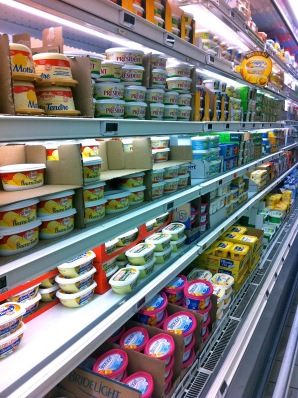 While shopping, I saw a few familiar faces. 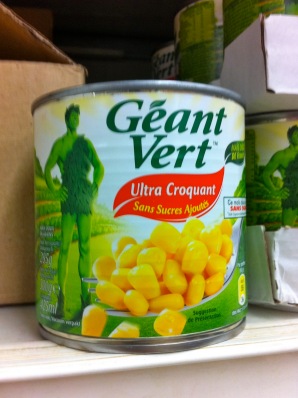 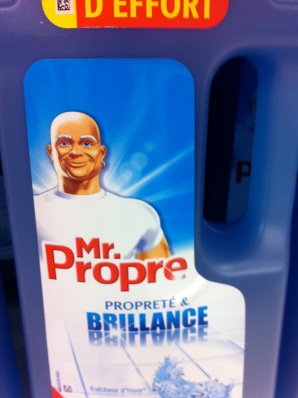 It doesn’t take a genius to figure out propre = clean and Mr. Propre is Mr. Clean.  I didn’t end up buying him.  He was more expensive than an organic herb scented cleaner.  Desole Monsieur Propre.*
* Desole means sorry.