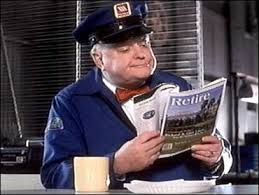 Like Loading...
There are many things that are not permitted on Sundays here in Switzerland. They include:

As a result, most stores and businesses are closed on Sunday.  What are you supposed to do on Sundays in Switzerland?  Here’s a list:

As an American, this is a very foreign concept. The up side, it is remarkably easy to get used to.

If you read Swiss expat blogs, you will soon realize that everyone has a laundry story.  It is inevitable and they are usually humorous.  Ours arrived ahead of schedule…

Having heard laundry horror stories, we decided that it was essential to get a washer and dryer immediately.  We hadn’t even been in the country two hours when we were investigating our laundry hookup to buy a machine.*  Above is what we saw.

The former tenant removed everything, and I mean everything. The man at the appliance store had to arrange for special plumbers to come and install them.  They were installed the day we were on our last pair of clean underwear!

*We met our realtor immediately after landing to pick up keys to our place. This is very, very unusual. When I tell people this they get a shocked look on their face and their jaw drops.