We like to watch the Olympics.  When my sister and I were kids, we used to pretend to be Mary Lou Retton.  She (my sister, not Mary Lou) asked me if we were going to the Olympics and was surprised when I told her we weren’t.  Here’s why:

1. Crowds.  I hate them.  I can’t see anything.  Being short, my face is usually in someone’s armpit.  If someone is going to be trampled, it will probably be me.  The more personal space I have, the better.  Plus, London is such a great city that I want to experience it.  I don’t want to spend it waiting in line.

2. The marketing.  Brands pay tens of millions of dollars to be associated with the Olympics and use its values to burnish their own.  While not a reason to avoid the games, it isn’t exactly a selling point for me.  I guess I can’t blame them though.  Ask Greece if they would have liked to have had more corporate money?

3. I’m turned off by news stories about the greed that surrounds it.  For example, landlords are evicting tenants in east London from their homes in trying to cash in on the Olympics.

5. The prices.  London isn’t cheap.  When they jack up their prices higher than Swiss prices…

6. Tickets aren’t easy to get, especially for some of the sports that I’d really want to see.  Heck, you have to buy a ticket just to visit the Olympic Park.  We didn’t apply in the initial balloting process so we would have to get lucky to get some at the general sale.  If we had to resort to other means to get tickets, I would probably gasp at the prices.  Just yesterday, Volodymyr Gerashchenko, the general secretary of the Ukrainian National Olympic Committee, resigned after being filmed offering tickets for sale.  It’s a crime to sell Olympic tickets on the black market.

7. He works… a lot.  He probably couldn’t take the time off.

8. There are so many other wonderful places to visit.  It’s not as though we won’t have anything else cool to do.

9. The London games and their “legacy” has been so hyped that it seems impossible to live up to it.

10. Doping.  My disappointment was enormous after I learned of Marion Jones‘ steroid use.  I don’t know how the games can stay one step ahead.  Wondering whether the person who is killing it and ends up on the medal stand will later test positive takes some of the excitement out of it.

We’ll be heading back to London…after the Olympics.  We love the city and there’s still tons more to see and do.

It is the middle of winter so I wasn’t expecting warm weather in Geneva, but I wasn’t really expecting this either.  Europe is experiencing extremely cold temperatures.  The weather forecast: more severe cold.  The bitterly cold weather will continue  through the weekend thanks to a dip in the jet stream that has allowed a large area of high pressure to move west from Siberia.

Cold weather gear, check.  Hats, scarves, sweaters, coats, gloves, mittens, long underwear, wool socks, boots, I have been wearing it all.  At once.  While drinking hot tea.  Sitting underneath a blanket.  With the radiators blasting.

This weekend,  it was -12 C (10.4 F) when we got on the chair lift to head to the much colder mountaintop.  While the chair lift wasn’t warm, we are lucky because the cold snap hasn’t created major problems for us.  Others have not been so fortunate:

A Death In The Stronghold Of Occupy Geneva

An Eccentric Distantly Related to Occupy Geneva Dead At The Camp

There have also been some more (and some less) humorous stories about people’s experiences with the cold. 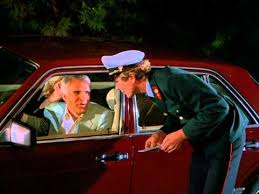 courtesy of You Tube