Grinda is a smaller, traffic-free island in Stockholm’s archipelago (a little over an hour from Stockholm).  We got there by taking a ferry from Vauxholm.  At just over a mile long, it’s not huge but that’s part of the attraction.  It’s small enough to be car free.  I love cities, but some of the most relaxing trips we’ve had have been to car-free destinations (Zermatt, Saas-Fee, Megeve, Les Baux de Provence, Aix-en-Provence, Vence, St. Paul-de-Vence, Eze, Les Baux de Provence, Courmayeur, Avignon, Gimmelwald, Gruyeres).  I don’t know whether it is the lack of noise so you can hear the birds or just being able to walk in peace, but somehow without cars stress seems to melt away. It’s idyllic.

The tomography reminded me of Maine‘s coast.  Like Maine, there’s plenty of wilderness.  Grinda has nature reserve. 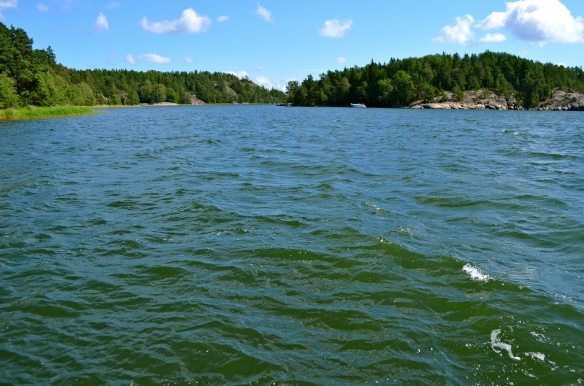 Although there are several gorgeous swimming beaches, we rented a sauna.  When we started to melt, we jumped off the dock out front into the Baltic Sea (Östersjön in Swedish).  I was expecting it to be salty like the Atlantic Ocean; it wasn’t.  The Baltic is brackish and not very salty.  It’s not warm either, but that’s no surprise.  We listened to the waves lap against the coastline.  It made for a wonderfully relaxing and peaceful afternoon. 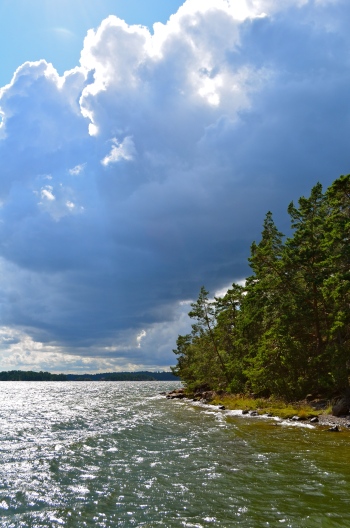 The trip there takes just over an hour from Stockholm on the Cinderella boats.  If you happen to go, the welcome center/commerce cabin (near the ferry dock) rents rooms at the hostel, cabins, campsites, saunas, kayaks and fun thinks like lawn games and kites.  Since Sweden would probably cease functioning without coffee, they also have it there. 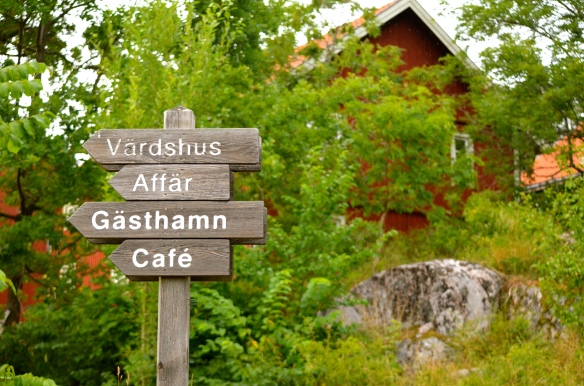 Grinda has a general store that sells the necessities, candy and fancy homemade baked goods.  Come to think of it, those are actually necessities on vacation.  There’s a harbor side restaurant with a deck near the marina.

It’s hard to tell from the picture below, but the tables were crowded.  The food and drink there was surprisingly cosmopolitan. 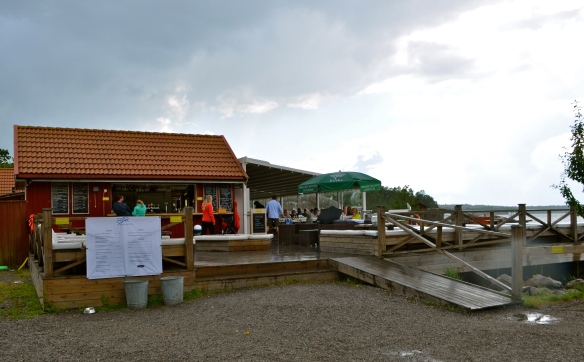 Walking around the island, we saw sheep and cows.   They went to town on the grass and didn’t seem to care that you could get fancy cocktails and smoked salmon just up the road.

Serene, rustic and uber-chill, this is a place where you can’t help but relax.  My only regret is that we didn’t stay the night.  I’m sure the stars there are amazing.

Last weekend, we went to bed in Gimmelwald, Switzerland (accessible mainly by cable car) with this view of the Lauterbraunnen Valley in the Bernese Alps.  It could have been clearer, but it’s still a pretty sweet view.  We woke up to this. 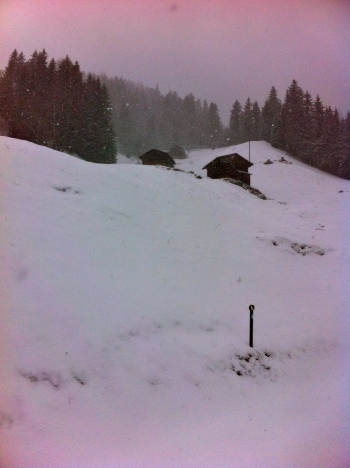 And it kept falling. 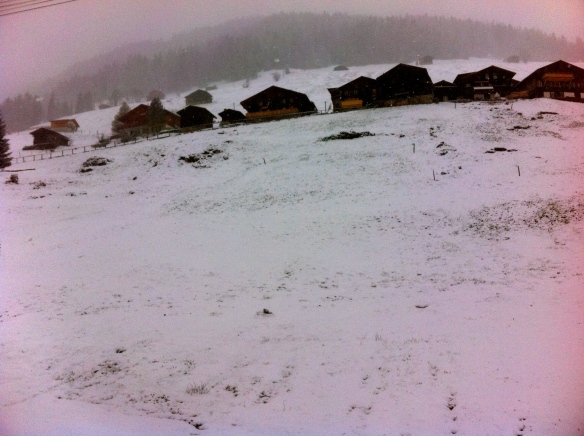 We’re from Michigan, so we’re pretty hardy and decided that even though we were fighting off colds, we could do a few hours of hiking… in a snowstorm… on a mountain.  Yeah.  I know.  We’re geniuses.  Neither of us wanted to be the bigger baby and complain so we kept going. 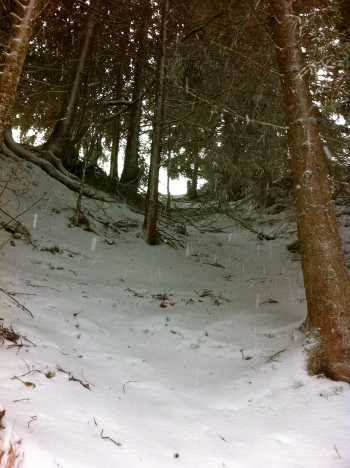 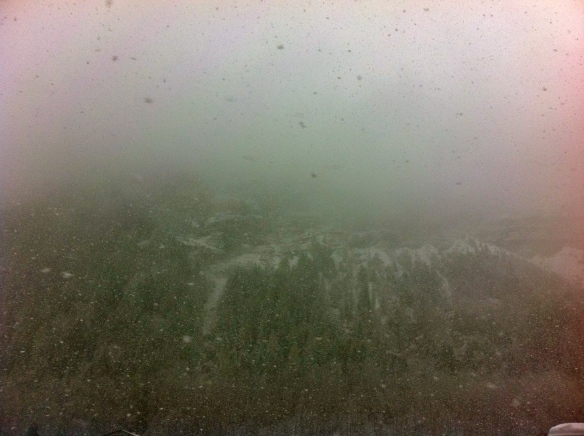 Finally, the wind convinced us to turn back.  We decided that it was getting so windy that if it got much worse they might shut down the cable cars and be stuck up there that night.

Note the pitch of the flag and the temperature of -2. Balmy. Especially when I forgot to pack a hat and gloves.

Thankfully, we were able to get down to our car.   We even gave a couple of Aussies (whose paragliding trip had inexplicably been cancelled) a ride to the train station before setting off to see more of Switzerland.

Clearly the weather was ideal at lower altitudes. We ended up having a great time though. I swear, I will tell you all about it.