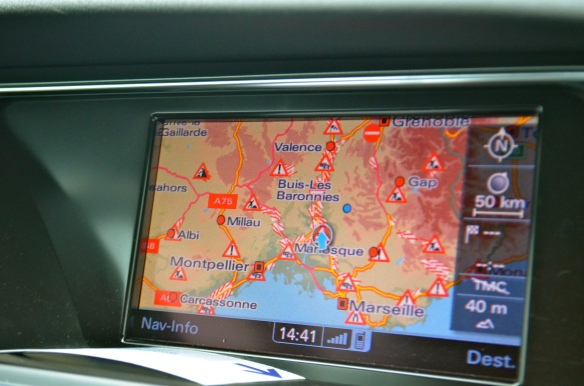 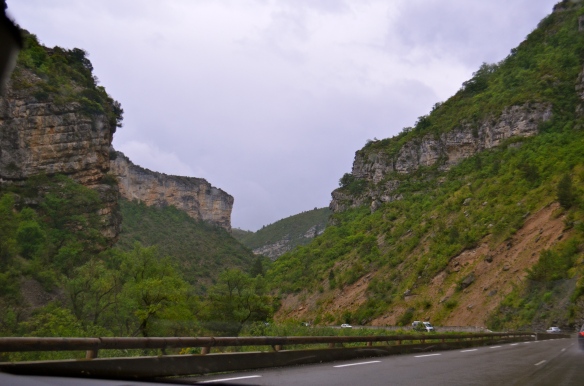 My mom came for a visit.  She is a huge fan of Monet and the Foundation Pierre Gianadda in Martigny has a huge Monet show.   All of the waterlilies posters in college turned me off of Monet, but I wanted to make my mom happy and drove us there.  I was really glad I went.  They had tons of paintings.   A lot of them were on loan from private Swiss collectors and are not usually publicly viewed.   Posters just don’t capture his talent with a brush.   His paintings are at a wholly differently level when you see the brushstrokes on the canvas.  Wow!  I wish I could have taken pictures for you.

The museum also had a small, but nice, permanent collection of artworks.*  I was really surprised and impressed by its car museum.  Being from the Detroit area, I have seen my fair share of car shows, museums and exhibits.  I was impressed because I have never seen so many pre-WWI vehicles all in one place (and all in immaculate condition).   I’m not a car person, but I found myself oohing and aahing over them. 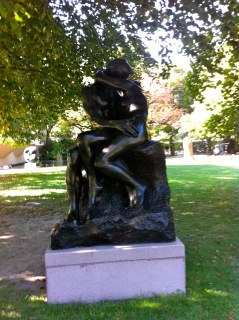 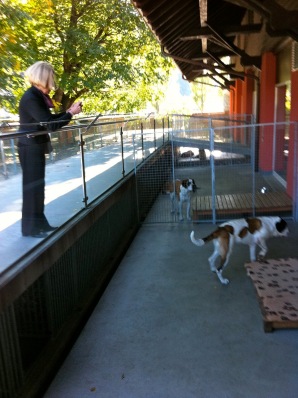 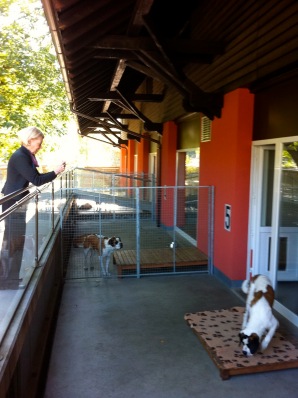 Next, we headed over to the St. Bernard Museum.  Being dog people, we had to.  The real highlight of the museum is the dogs.***  You get to see them do all their adorable doggie things (including “hiking footballs”).  We were able to pet them and it made my day. 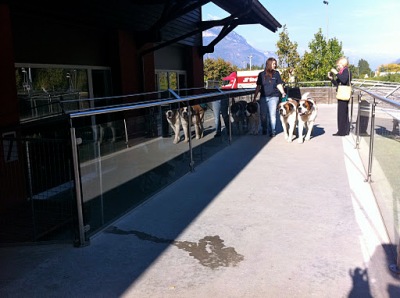 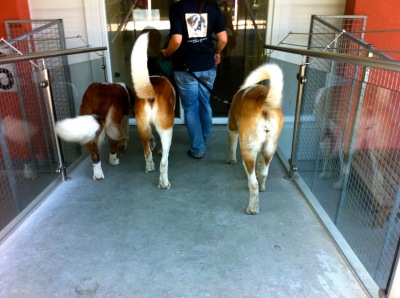 When we finally dragged ourselves away from the furballs to check out the rest of the museum, we were pleasantly surprised.  We learned a lot (as a former professor, my mom loves learning) about the history of the region.  I was slightly more lowbrow, oohing and aahing over pictures of dogs, watching a movie on dog search/rescue in the Alps and checking out the St. Bernard movie posters.  Yes, they had posters from Beethoven, Beethoven’s 2nd and Beethoven’s 3rd.  They even had Stephen King’s Cujo. 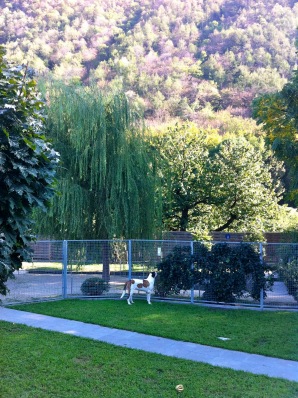 On the way back to the car, we passed a Roman road (The Poenine Way) to that led to Rome.  I’m not sure if all roads really still do lead to Rome, but this one definitely did.  Sorry,  I couldn’t help myself.

*The have an exhibit with Roman artifacts (Martigny was a Roman town) and other temporary exhibits.

**It combines my love of art with my love of gardening.  A perfect combo.

***Wanting to see more dogs, we left the museum and went to Foundation Barry to try to see their dogs.  They didn’t open for the season until the following week.  If you are wanting to see the dogs and want a cheaper option, they are less than half the price.