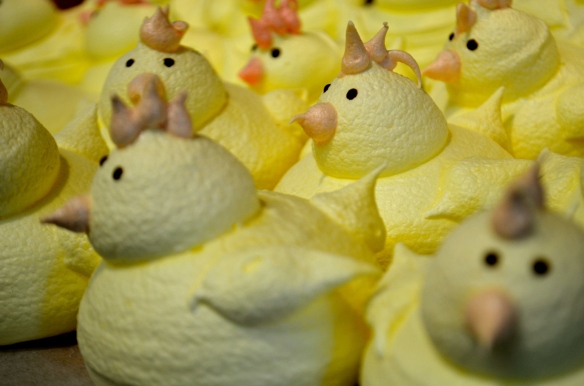 Easter celebrations in secular Sweden are comparable to Christmas for the secular American.  While some attend church on Easter Sunday, for a majority of Swedes many of the celebrations have little to do with Christian beliefs.  Easter is a big deal in Sweden and the entire country partakes in their holiday traditions.   We were in Sweden weeks before Easter, but signs of it were already everywhere.   The Swedes seemed to look forward to Easter as a sign of spring. 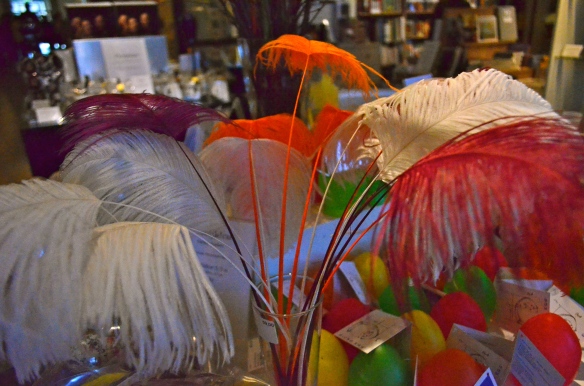 I asked a nice lady at the National Museum gift shop about branches with colored feathers attached to them.  In the 12 hours I’d spent in Sweden, I’d seen them countless times.  She explained to me that Easter in Sweden is kind of like Halloween in the US.  In Sweden, children dress up as witches, paint their faces, carry brooms and knock on their neighbor’s doors for treats. 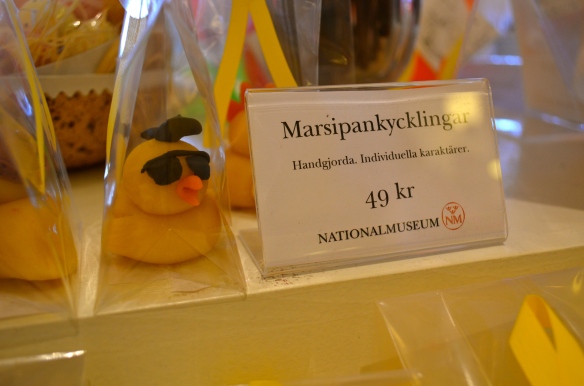 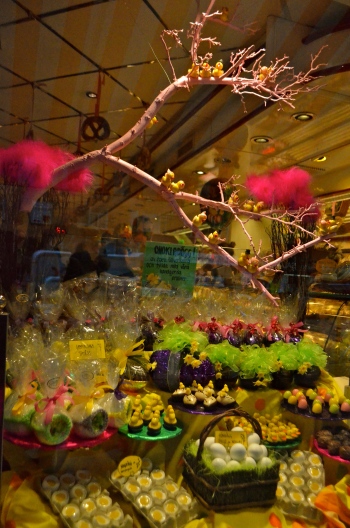 The schedule is a bit different than in the US.  Many of the traditions predate Christianity and were incorporated into Easter celebrations over the years:

By the way, Swedes also have beautifully decorated Easter eggs, both decorative and edible.