On the Sunday night after Mardi Gras, Carnival celebrations (known as Fasnacht) in the Basel area, start at the nearby town of Liestal, with Chienbesen, a huge, bonfire parade.  Fire lights up the cobblestoned streets and cast shadows.  Eventually, participants return to Basel for the famous Morgestraich parade of lanterns through the city centre.  It starts at 4:00 a.m. and continues for several days.

Approximately 12,000 people take part in the festivities!  A Carnival Committee with select Cliques to participate in the celebration.  Each Clique makes giant cartoonish papier-mâché masks, costumes, lanterns and usually a float.  Most Cliques design theirs around a theme.

The streets were already packed when we arrived at 3:20.  We made our way to the center of town, wondering where we needed to go to observe the festivities.  In broken German, I asked someone where to go to see Fasnacht.  They responded “anywhere.”  At the time, I didn’t find it particularly helpful, but they were right.  People line the streets and it wasn’t hard to find the floats.  We wandered up the empty streets, past the sidewalks packed with people until we found an empty space where we could stand.  People who were much better prepared had staked out any and all available high ground from to view the parade. 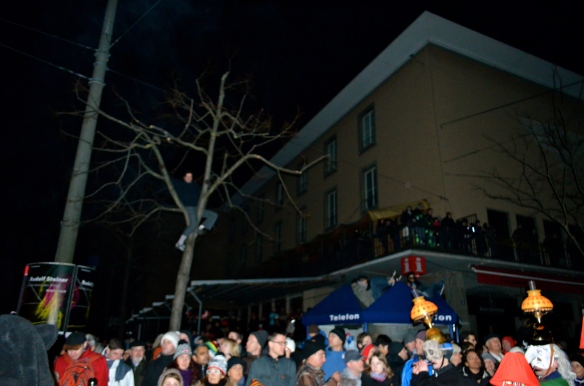 Right on cue at 4:00 a.m., the parade started.  It was magical, worth the sleeplessness (even while nursing a cold), and something I know we will never forget.  Post-parade, participants and observers alike crowd into bars and restaurants fill Basel’s bars and cafes to warm up, hydrate and fill their bellies.

The streets do not remain silent for long.  The Cliques resume strolling the streets, but in a less organized way following a seemingly random route. This is known as ‘Gässle’. People wander the streets following them. 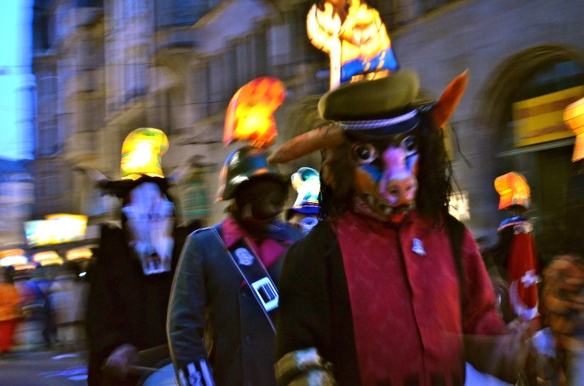 Although it probably doesn’t have the racousness of Rio’s streets during carnival, it has a cheery, warm, even joyous vibe. 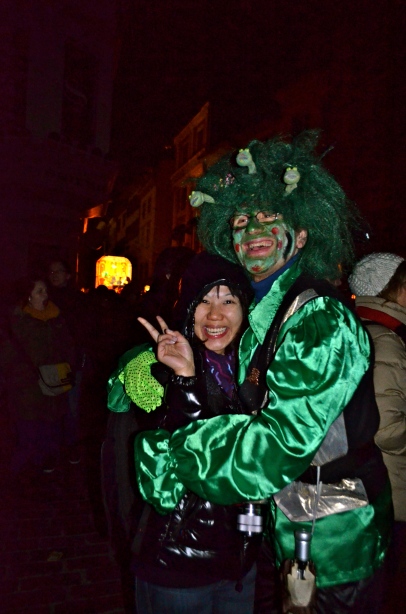 Cliques have to take breaks.  I did a bit of investigation to find out how they keep warm and their energy up. 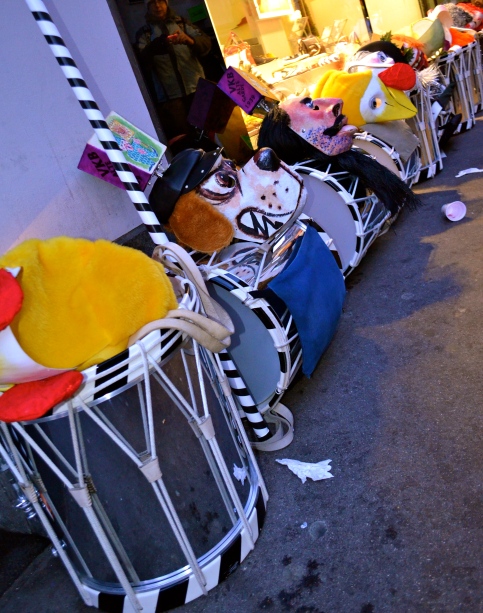 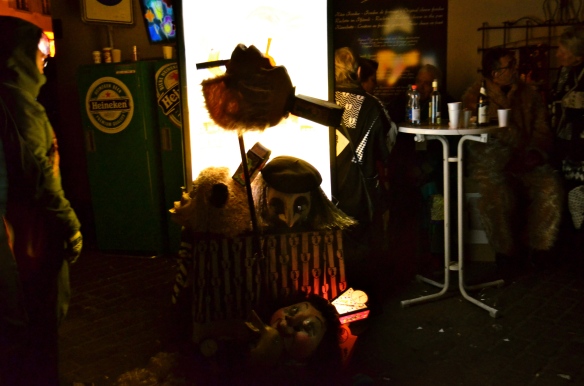 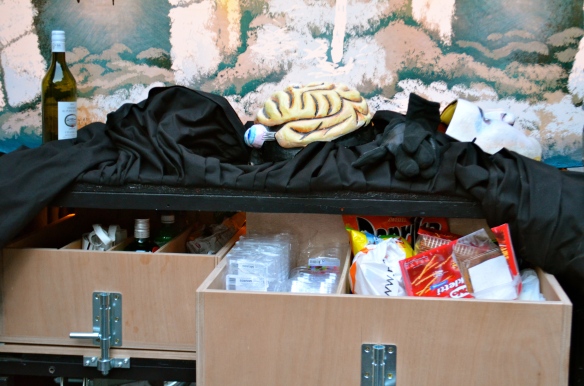 Not all participants dipped into the sauce.  We saw many children playing instruments and marching.  There were so many of them that we joked flute and drums were the only music instruments taught in Basel’s schools.  Seriously, there were thousands upon thousands of musicians playing those two instruments (and doing it quite well). 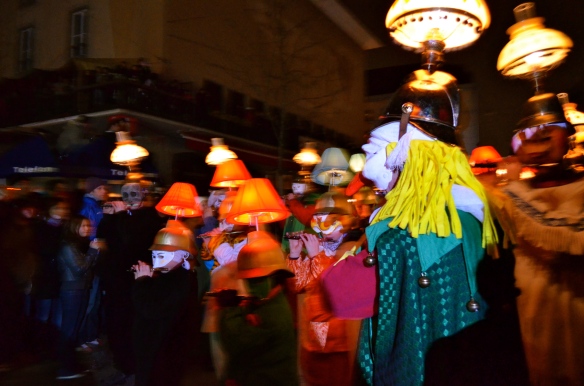 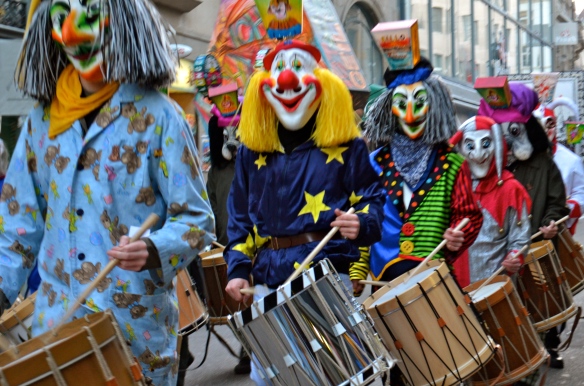 There are several more parades during which Waggis throw goodies to the crowds.  Waggis are hardly incognito.  They have gigantic plaster heads with bibulous noses and large frizzy wigs.  They also roam the streets, sneaking up on, chasing people and showering them with confetti (and in some cases stuffing it down their backs).

Finally, Gugge, a sort of concert by brass bands that morphs into a musical parade, start-up and continue past midnight.  In the evening while the Gugge’s roam the streets, Schnitzelbank singers entertain the revelers with satirical songs and verse about current events in restaurants and bars.