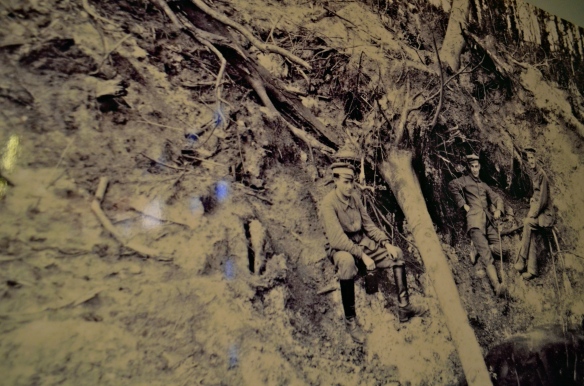 The Battle of Verdun was one of World War I Western Front‘s first major battles.  For 11 months in 1916, the German and French armies fought it out on the  hilly terrain north of the city of Verdun-sur-Meuse (unsurprisingly located in north-eastern France, near the Champagne region). 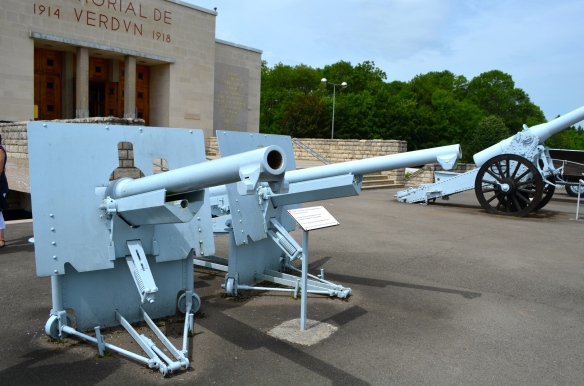 I knew the area was a historical battleground for France and Germany, but driving from Alsace to Verdun, I was shocked by the sheer number of military monuments I saw from the highway.  When Charlemagne‘s empire was divided under the Treaty of Verdun (843 A.D.) the town became part of the Holy Roman Empire.  Later, the Peace of Westphalia (1648 A.D.) awarded Verdun to France.  France and Germany continued to butt heads.  Verdun was part of the defensive line that was built after the Franco-Prussian War of 1870.

There were even more monuments when I got off the highway.  I had a little bit of driving time because I got off at the wrong exit.  I couldn’t believe that I just happened upon places like this in the countryside 20 miles (32K) from the battlefield. 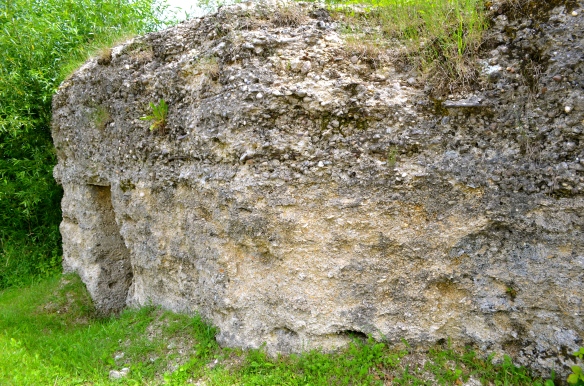 The Germans hoped a decisive strike and victory would demoralize their opponent, forcing a quick surrender.  Hey, it worked pretty well in the Franco-Prussian War.  Verdun seemed like a logical point of attack; it was almost surrounded.  The Germans failed capture the city of Verdun and to inflict a much higher body count on the other side.  The Battle of Verdun ended as a French tactical victory.  Unfortunately, it came at an extremely high cost to both sides, there were about  800,000 casualties!  Cemeteries surround the museum and contain 15,000 tombstones. 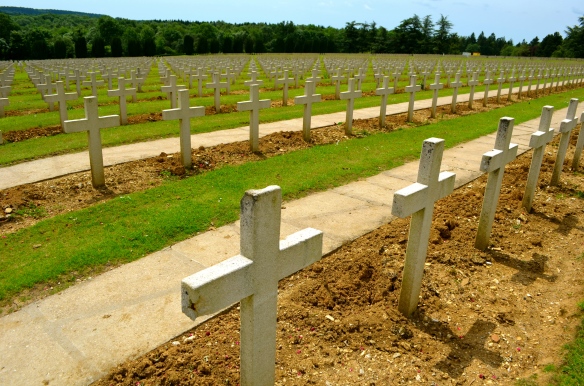 L’Ossuaire de Douaumont, an ossuary next to the cemetery.  It is the final resting place for 130,000 French and Germans who died in muddy trenches. The tower is shaped like an artillery shell.

Armies (British, French, American, and German) fired approximately 720 million shells and mortar bombs on the Western Front between 1914 and 1918.  Even today, entire areas remain cordoned off and live bombs are turned up by farmers plowing their fields.  Notice the trees are relatively young.  Artillery shelling demolished the existing forests.  It also created craters that are still visible (see the photos below).

The shelling destroyed villages of Cumières and Chattancourt.  Believe it or not, there used to be a town where the chapel now stands!

The museum is amazing.  I was stunned by how low tech some of it was.  There were carts that had been pulled by horses (they had an ancient looking car too) and a hot air balloon. 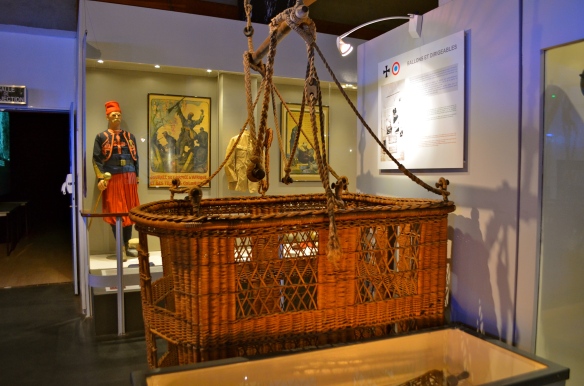 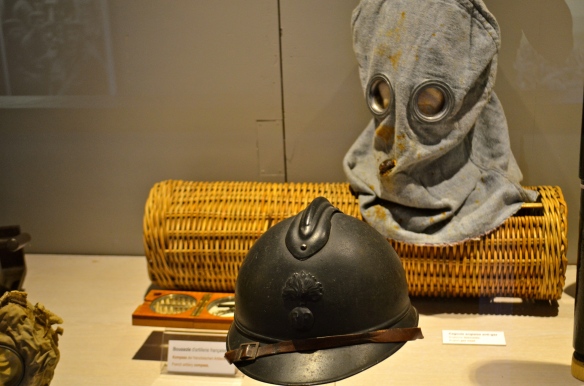 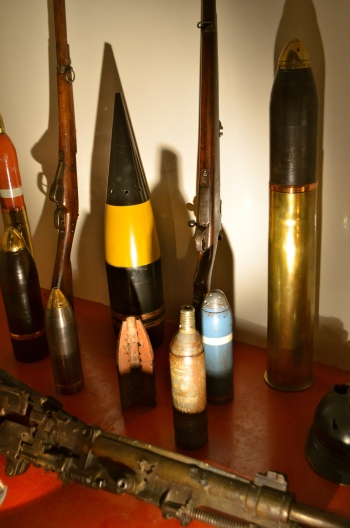 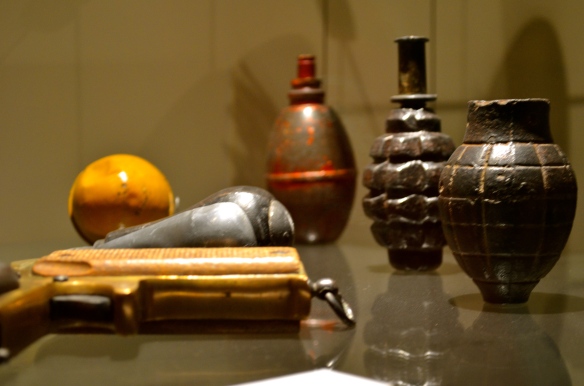 The museum has photos and a recreation of the trenches.  It’s hard to imagine the conditions the soldiers endured.

After mobilization of the German Army during World War I, the government identified notable artists to be withdrawn from combat to protect them.  Franz Marc (one of my favorites) was on the list, but before orders for reassignment could reach him, he was struck in the head and killed instantly in 1916 by a shell splinter.