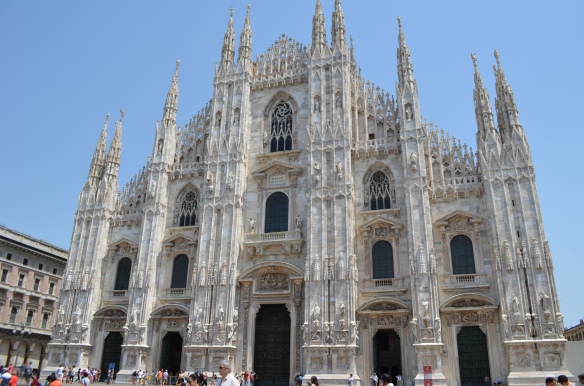 From the square, the Duomo, Milan’s cathedral, is stunningly beautiful.   It looks fresh and cool in the heat of the day.  In the afternoon, it radiates with the warm late afternoon, early evening light.  At night, it glows.

It took centuries to build and spent most of its life as a construction zone.  Started in 1386, the building continued until 1810.  They added the final touches in 1965.  Renovations began shortly thereafter.  Go figure.  As a result, the inside is a mish-mash of architectural styles and materials.

It is huge (housing over 40,000 only the Vatican’s, London’s and Seville’s are larger).   With 52 hundred-foot pillars, over 2000 statues (just inside) and countless enormous paintings, you didn’t know where to look.  It was a bit overwhelming and the huge mix of styles made it hard to process.

It contains everything, including the kitchen sink.  It’s so big, there has to be one in there somewhere.  Some of the more interesting items include: 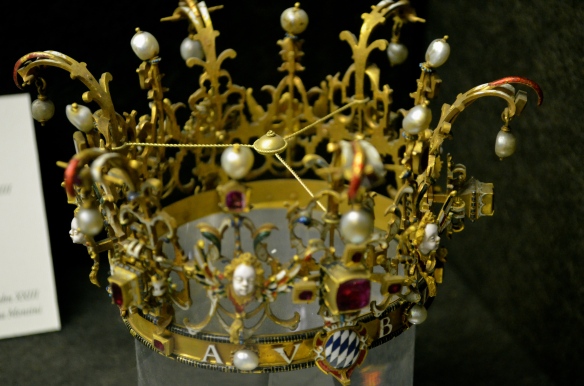 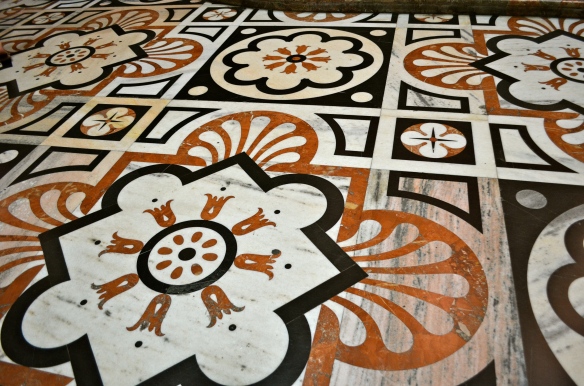 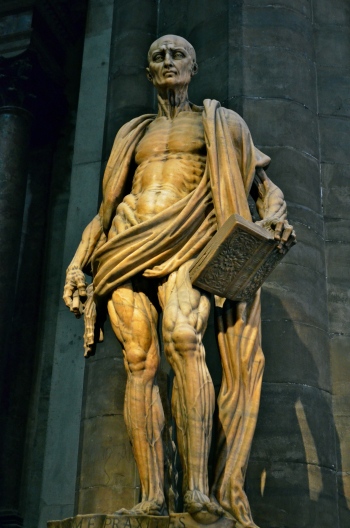