A model of Roman Arles

You can’t swing a cat in Arles without hitting Roman ruins.  I badly for anyone who wants to undertake a building project there.  They must expect to uncover Roman ruins when they start digging as they are everywhere. 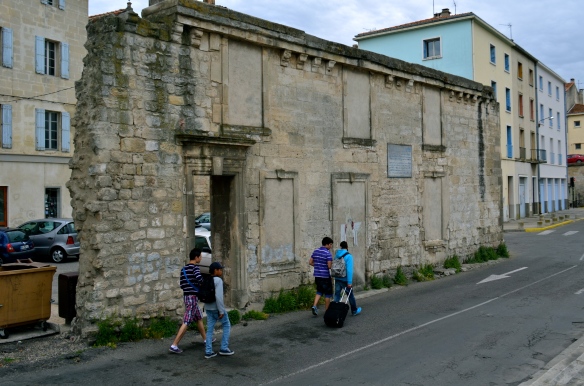 They pop up on random streets and sections of viaducts decorate the middle of traffic circles!

Around 200 B.C., the Romans extended their empire into what is now southern France.  At the time, it was inhabited by the Celtic Gauls who resisted Roman domination.  Rome wanted control of the region to ensure the continuity and security of their supply lines to Spain. 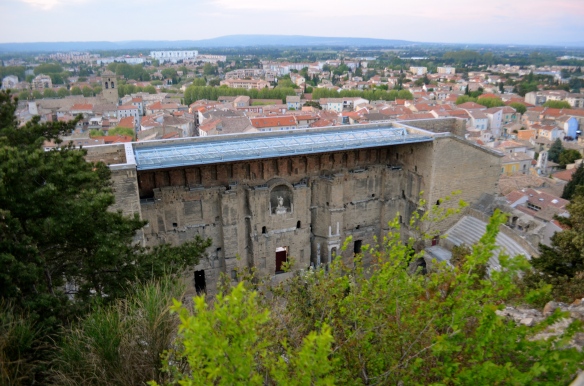 In 56 B.C. Julius Caesar’s legions kicked the crap out of the Celtic Gauls.  Romans took control of the territory.   As a result, some of the most significant Roman towns outside of Italy are in the south of France.  We saw the Pont du Gard, the amphitheater and triumphal arch in Orange a month earlier when we visited with family. 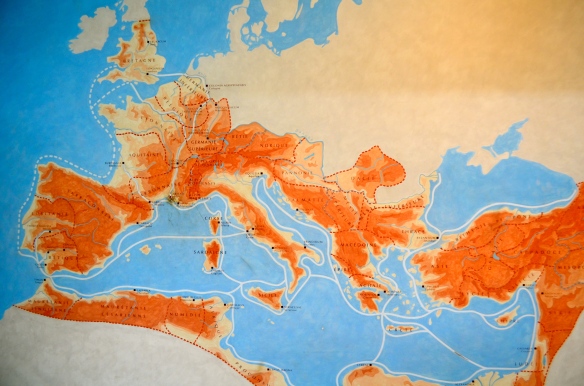 The Roman Empire was huge.  We’ve seen Roman ruins in Portugal, England, Germany, and they are all over  Switzerland.  Geneva was a Roman town; there are at least two sites with ruins within a mile of our flat.  As a result, we are in danger of giving you Ruin Fatigue (a real illness) from tramping around so many of them.  The Roman ruins in Arles are some of the world’s best (a UNESCO World Heritage site) and we felt as though they were still a must-see.  We were right.  He says that they were the bomb.com.  Please bear with us.  I swear, we won’t post about them again for awhile. 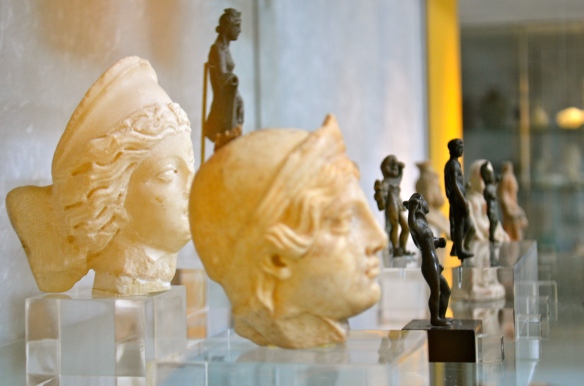 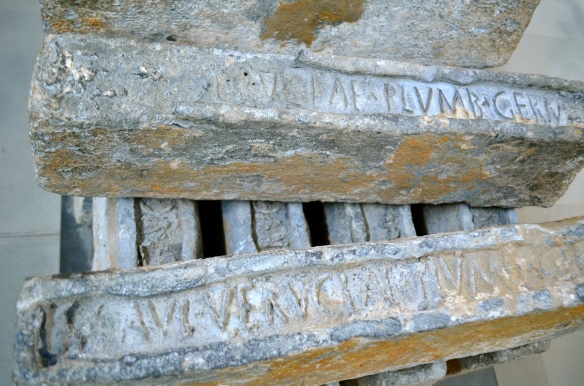 One of the most famous items in the museum is a copy of Venus of Arles.  Found in 1651 by workmen who were digging a well, it is a Roman copy of Greek statue (possibly the Venus of Capua).   Louis XIV liked it and snagged the lovely lady to decorate Versailles.   Post-revolution, it belongs to the Louvre. 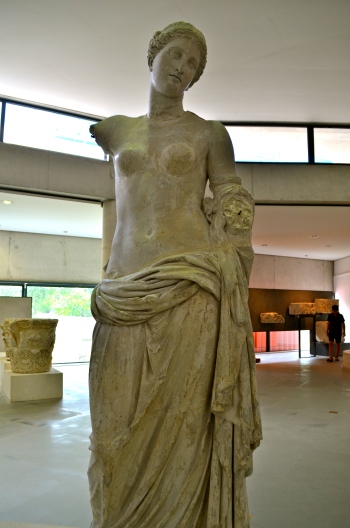 While the objects were cool, the best part of the museum was how they put the items in context and explained the region’s role in ancient Rome.  From showing how the covering went on the amphitheater to explaining how viaducts worked.  It was Ancient Rome 101.

The amphitheater is the largest Roman building in Gaul.  Compared to the collesium in Rome, it is tiny.  Nevertheless, we’ve been to professional sporting events in much smaller venues.  They still hold bullfights there! 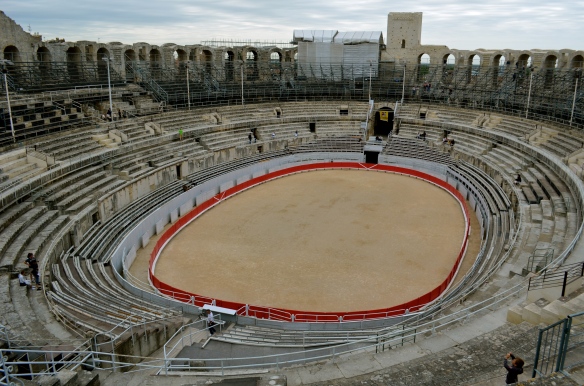 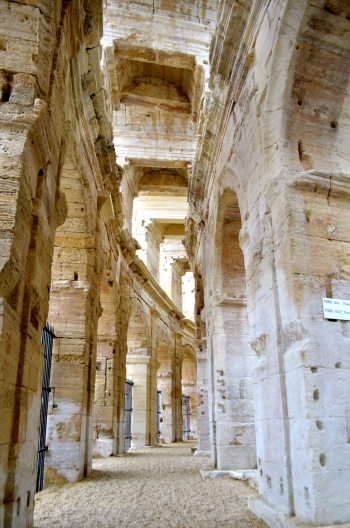 After seeing bullfights in Lisbon a few years back. We felt badly and rooted for the bull. Seeing what the animal went through made us wary of seeing another. Sorry. There won’t be any bullfight coverage.

During the  middle ages, the arena was used as a fortress; people lived inside using its giant walls for protection.  There were 212  houses and 2 churches inside!  Those were cleared out  when restoration began in the 1800s.

My dad complains that thousands of people watch sporting events, but the opera can’t draw the same crowds or support.  The amphitheater seats 20,000.  The Theatre Antique (the theater) seats a mere 12,000.  Apparently sports were drawing larger crowds than the arts as far back as the Roman Empire.

The old Forum is now a public square.  Van Gogh’s famous cafe is located there.

Seeing it all made us want to go and watch the HBO series Rome all over again (Pullo may be one of the best dog name’s we’ve heard).  We haven’t, but we did watch Gladiator the other night. “Unleash hell!”

7 thoughts on “What’s Latin For Roman? Finding Out All About Ancient Rome In Arles”