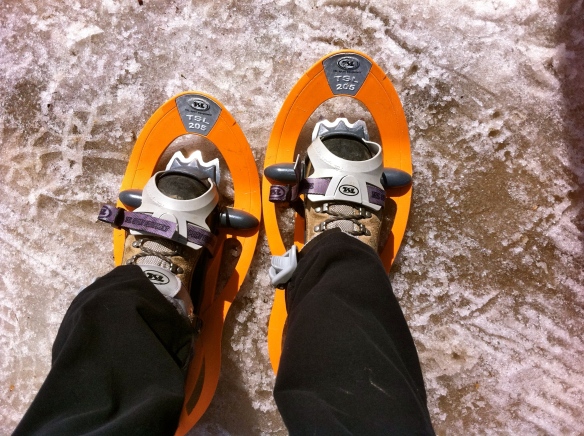 Last weekend, we went snowshoeing.  The snow here is melting…quickly.   We knew that we wouldn’t have too many more opportunities.  If you need confirmation that the season is over, just take a look at the snow above.

St. Cergue is in the Jura the lake, where there’s only a thin white band of snow at the top.

We strapped up our hiking boots, went to St. Cergue and rented snowshoes, having no idea what we were getting ourselves into.  Thankfully, some nice Swiss snowshoers helped us make sure they were on correctly.  They let us try their poles.  Not knowing anything about snowshoeing, we didn’t rent poles.  Ooops.  It was definitely easier with the poles, but we only went about four miles so we were fine without them.  The lack of snow near the parking lot was more problematic.

Luckily, this was the only area where the snow was sparse.

We encountered a few other Swiss on the trails and learned that the usually reserved Swiss are pleasantly chatty on the trails.  In Geneva, expats don’t always get the opportunity to have meaningful interactions and conversations with native Swiss.   We learned a lot about the area from them.  For example, these stone walls mark the borders of farms.  They aren’t relics.  In the Jura, they still build them! 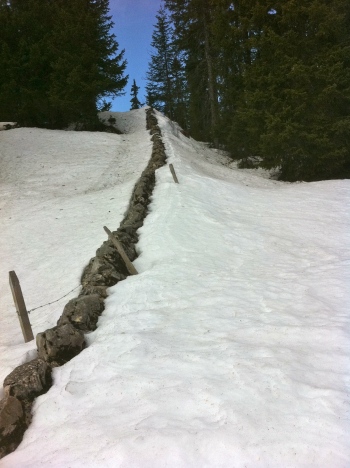 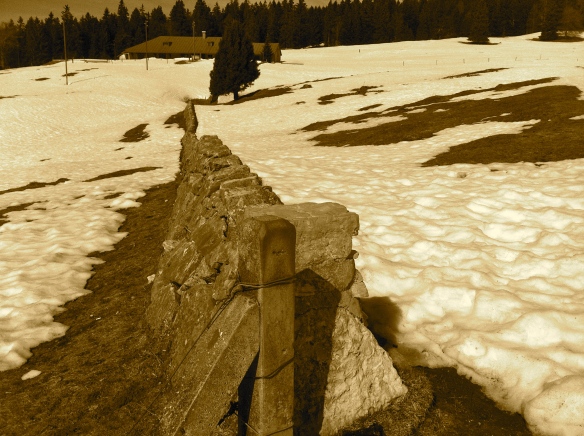 When we weren’t chatting with other snowshoers, we enjoyed the peace and tranquility.  It was a gorgeous day.   It was a pleasure to be out in the woods and going “off piste” through the snow was a blast.

In this area summer farmhouses become winter restaurants that cater to the area’s snowshoers and cross-country skiers.  We got a recommendation from a nice Swiss lady on the trails and she did not steer us wrong.  The restaurant, Le Vermeilley, was fantastic.

It was a cozy room with wonderful traditional dishes and a nice proprietor.  After a nice lunch, we headed back. 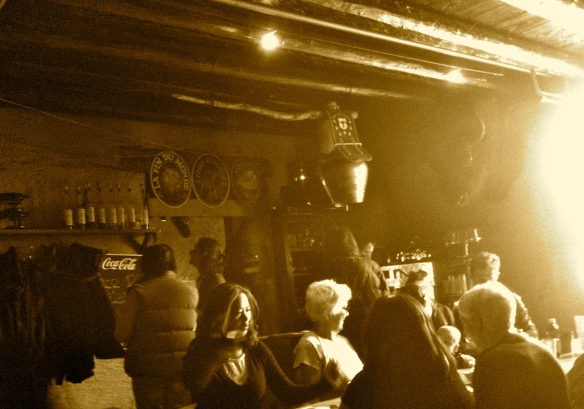 We’d expected snowshoeing to be more difficult than it was.  I want to try it again  next year.   He wants to do some cross-country skiing more.   We have friends who snoeshoed at night under a full moon.  That sounds like a rocking’ good time so I’m pretty sure I can talk him into it. 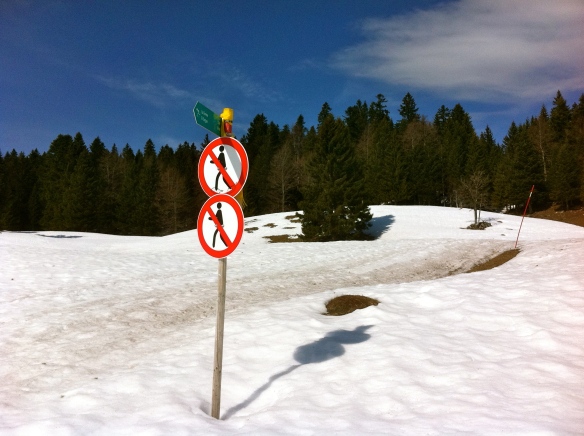 Some trails around there are only for cross-country skiers, no snowshoers. I guess we’ll have to try that next year.

4 thoughts on “Snowshoeing, It’s Like Hiking But More Awkward.”