Skip to primary content
Skip to secondary content
The last two movies we saw (Sherlock Holmes 2 and The Girl With The Dragon Tattoo) both had scenes set in Switzerland.  It got me thinking about movies that were set in and/or filmed in Switzerland.
Some movies are filmed in Switzerland and/or are set there because of its rugged, natural, almost unbelievable beauty.  Such movies include:
The large number of international organizations here figure in some plots.  These movies include:
This looks like the lake nearby.  The green benches are very Geneva.

Although Switzerland technically remained neutral during WWII, it was still greatly affected by the war. Several movies filmed in Switzerland depicting that era are: 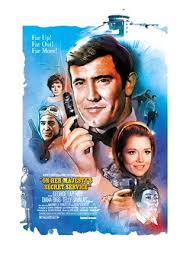 Some famous people have lived in or hail from Switzerland  As a result, several movies about their lives and work have been filmed here.  They include:

A few books have been turned into movies set in Swtizerland.