France has a food and drink culture.  Apparently, every region of France has its own liqueur(s). He received some Chartreuse as a present.  Now, I know where the color Chartreuse comes from.  Even the cork is bright green. 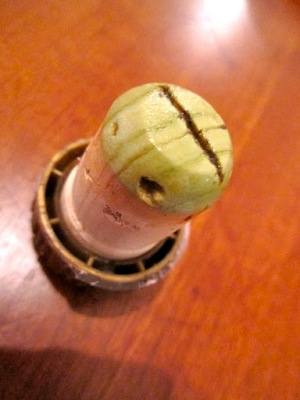 Chartreuse is surprisingly good.  It is made from over 150 herbs, plants and spices.  One of them is anise, a spicy black licorice, flavor.  The Peres (fathers) Chartreux originally created as an “Elixir of Long Life” from a recipe given to them by François Hannibal d’Estrées, a marshal of artillery to French king Henry IV, in 1605.  Today, it is produced by Carthusian monks in the French Alps.  Only three living monks know the recipe to this drink and they’ve taken a vow of silence!

They didn’t skip on the presentation.  The numbered bottle came with seals in a special wooden box! 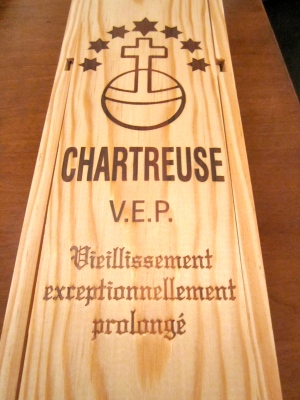 Although I’d never heard of it before moving here, I understand that hip cocktail joints are using it in drinks.  The New York Times wrote an article about its increasing popularity in the US, proclaiming it “[a] fetish among cocktail enthusiasts, but obscure to the general public, Chartreuse has been steadily infiltrating cocktail menus in New York and elsewhere, with bartenders increasingly reaching for it to add depth and nuance — and instant classical cred — to their creations.”  Popular cocktails include: the Chartreuse Smash, The Lumière, The Beauty Spot, The Last Word, the Champs-Élysées Cocktail, Greenpoint, Eureka Punch and CCR.

Chartreuse was originally intended as medicine and has a distinctly herbal taste.  I’m not sure if it will work every time, but it cured my cold!  As Brian Fontana said in Anchorman:  “They’ve done studies, you know. 60% of the time, it works every time.”

1 thought on “Chartreuse, It’ll Put Hair On Your Chest!”